A former model quit her job, tattooed her face and is now following her dream of becoming a top tattoo artist.

Kayleigh Peach, 26, spent four years working as a barista but has ditched her pinny and started a new career – but to make sure she can’t go back she’s had the word ‘curse’ branded across her face.

The former lingerie model had the word inked above her right eyebrow on the first day of her apprenticeship as a tattooist, three years ago.

For the past year she has worked at the Tattooed Gent parlour, on Erdington High Street, Birmingham, and says she will ‘never go back’ to her old life.

“I got the word ‘Cursed’ tattooed on my face the first day I was apprenticed as a tattoo artist so I would persevere in the industry.

“Previously I had worked in the hospitality industry and swore that I would never go back and I suppose with the tattoos I won’t be able to. 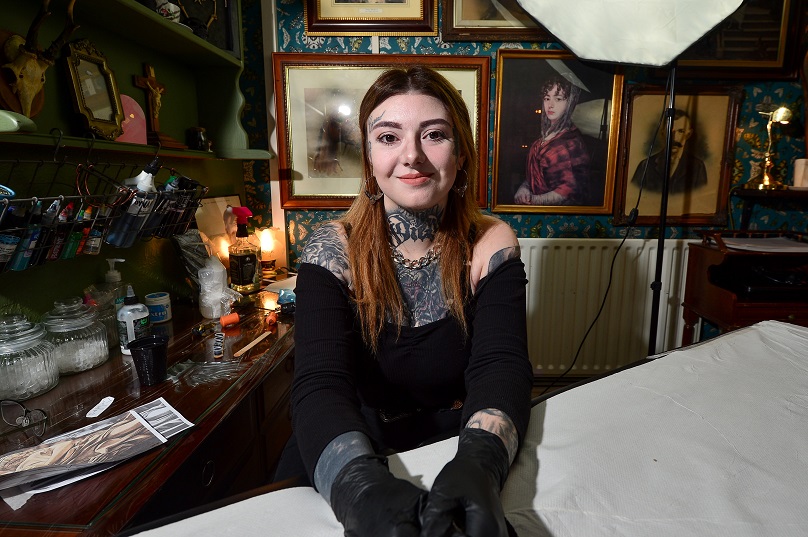 Since starting her apprenticeship, Kayleigh has been practising on her partner. Credit: SWNS

“I thought the word cursed was appropriate because when I was younger I thought I literally was cursed.”

Kayleigh says she used to be shy as a child, but tattoos have boosted her confidence and now has more than 60 per cent of her body covered.

She said: “I think a lot of the attraction for people is to have meaningful things, it makes you feel good about yourself.

“They can help people who, for example, have scars, to cover them up.”

And though some people – her parents included – can be put off by them, she wears them with pride.

“Sometimes when you go out, it’s not so much what people say, it’s just that they look at you, they give you weird stares,” says Kayleigh. 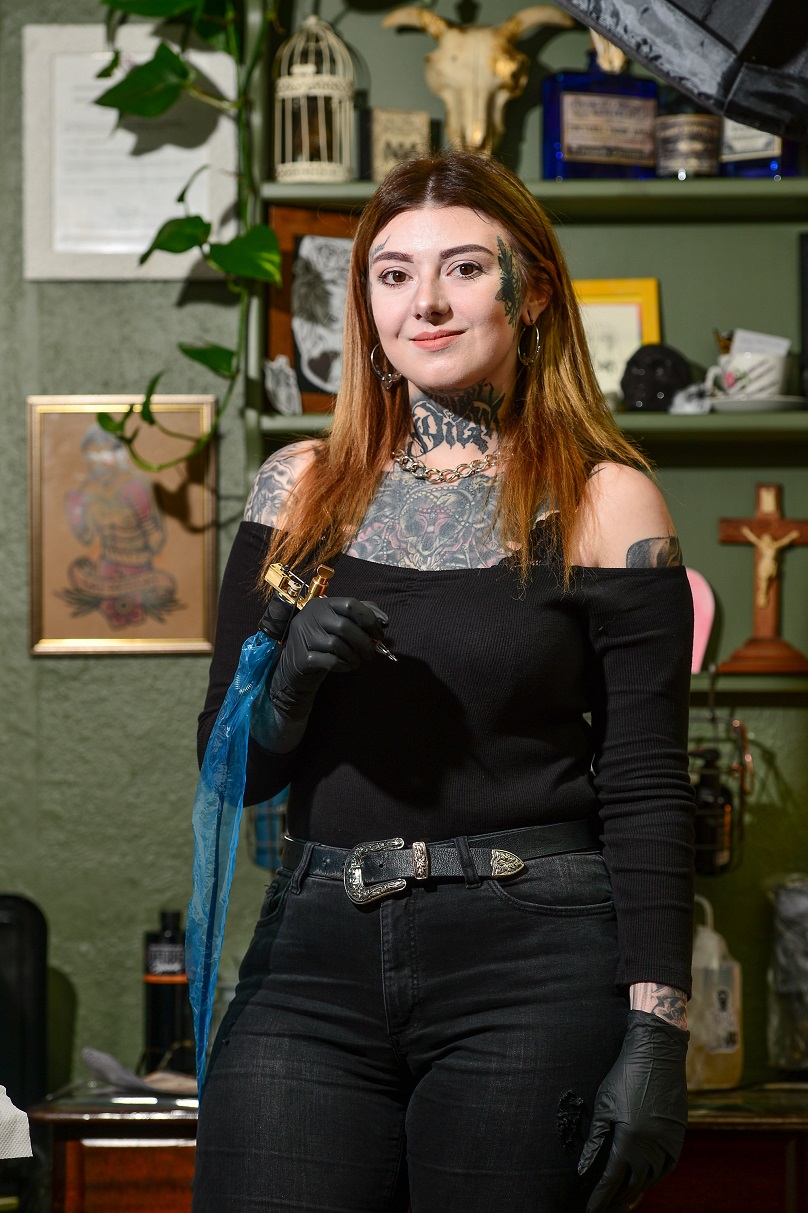 “When my dad and step-mum got married they didn’t allow me to become a bridesmaid, because of the tattoo on my chest, they are very accepting of it now though.

“I’ve tattooed my dad since, he’s even tattooed ‘Dad’ on me.”

Since starting her new career she has even taken to practising on her partner.

“So far it’s been a really enjoyable experience. I just want to progress,” she says.

“Everyday you are always learning new things, even years down the line. That is what I love about it, the challenge.

“I’ve even given my partner, Jack Roberts, [day job logistics HS2] some tattoos, a couple of little ones, he does boxing and MMA [cage] fighting so I did a little pair of boxing gloves on his leg.”

Carl Coyne, 32, owner of the shop, added: “Kayleigh’s really coming on now. She is eager to learn and really receptive to doing things better