In the midst of World War II, a young American soldier fell head over heels in love for an 18-year-old French girl while he was stationed in her small hometown.

Fast-forward 75 years and KT Robbins, now 97, has finally been reunited with the woman whose picture he has treasured for more than half a century.

Robbins was a 24-year-old soldier in the US Army when he first laid eyes on Jeannine Ganaye, now 92, in the northeastern French town of Briey in 1944.

Robbins had been looking for someone to wash his clothes, and her mother agreed to help.

The pair quickly fell in love but, two months later, Robbins was told he had to quickly leave the village and head to the Eastern Front to fight against the Axis Powers.

When the war came to an end in 1945, Pierson began learning basic English phrases, hoping Robbins would one day return for her.

Instead of Robbins, who enlisted in the 26th Infantry, First Division in 1940 and later volunteered to serve in a bakery battalion, returned to America.

It was there he met and married Lillian, his wife of 70 years. They worked alongside each other in a hardware store in Mississippi for 50 years. She passed away in 2015 at the age of 92.

Pierson also fell in love again. She got married in 1949 and became a mother to five children.

But Robbins never forgot about his French lover, keeping a black-and-white photo of Pierson for decades. 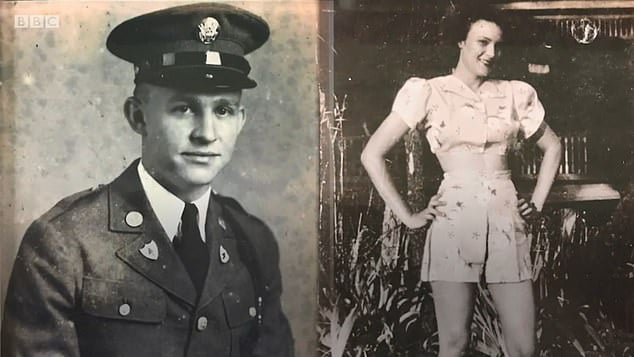 Robbins showed journalist Pierson’s photo and told them he would like to return to her village ‘to find her family’ while he was in France for the 75th anniversary of D-Day.

He assumed that Pierson had passed away, adding: ‘For sure I won’t ever get to see her.’

But the journalists managed to track down Pierson, finding her at a retirement home in Montigny-lès-Metz, Moselle, about 27 miles from where the pair first met.

They arranged a reunion for Robbins and Pierson at the retirement home, telling the veteran: ‘She’s alive, and she’s waiting for you’. 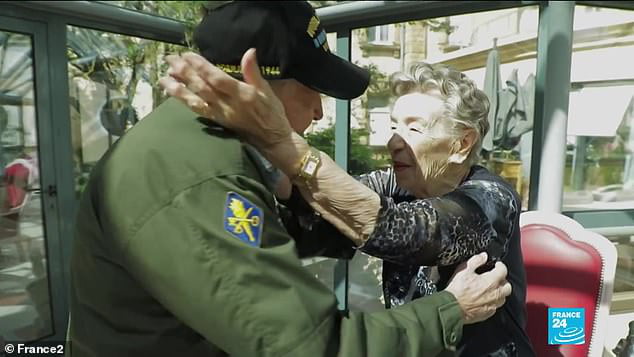 Robbins and Pierson immediately embraced when they were reunited, gazing into each other’s eyes with adoration and joy.

‘I always loved you. You never got out of my heart,’ Robbins told Pierson.

“Why did he wait so long? I would have loved for him to come sooner”, she says. “Well, when you get married, you just don’t do it, that’s all”. 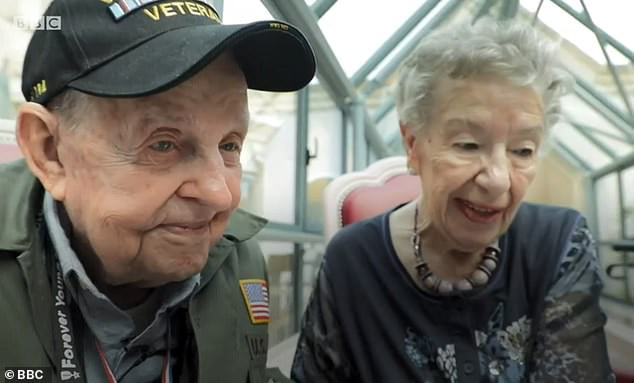 The former lovers spent a few hours together before Robbins had to leave for the anniversary celebrations in Normandy.

Now both widowed, Robbins and Pierson promised they would meet again.

‘Jeannine, I love you girl,’ Robbins said as their eyes begin to wet and their lips met, once again, for the first time in 75 years. 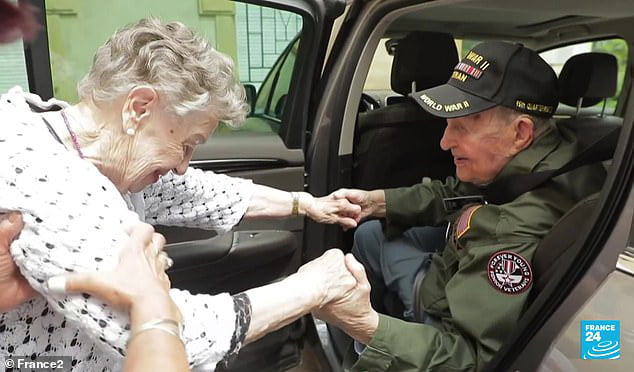 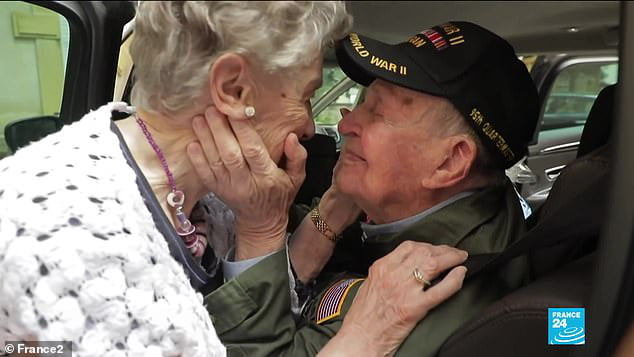 Student Punished After Putting High School Up For Sale On Craiglist

This Teacher Let Her Students Run Train On Her in Class

Woman Transforms Herself Into ‘Blue Eyes White Dragon’ With Fangs