Shocking footage has been released showing a delivery driver being brutally attacked by a gang of teenagers.

In the disturbing video, a group of young men kick the delivery driver to the floor before booting him in the head and then stealing his moped, on an estate believed to be in London.

The driver also appears to be wearing only his socks, which suggests the group had even stolen his shoes.

As the mob of youths viciously beat the driver, the cheering cameraman can be heard yelling: “Why so violent! Why so violent! OH S***! WHAT! WHAT! EH YOOO WHAT!”

Then shockingly, one of the group violently drop kicks the delivery rider in the head. The sheer force of the kick makes the driver falls straight to the ground.

As the delivery driver topples over, another youth runs into the shot and kicks him too. 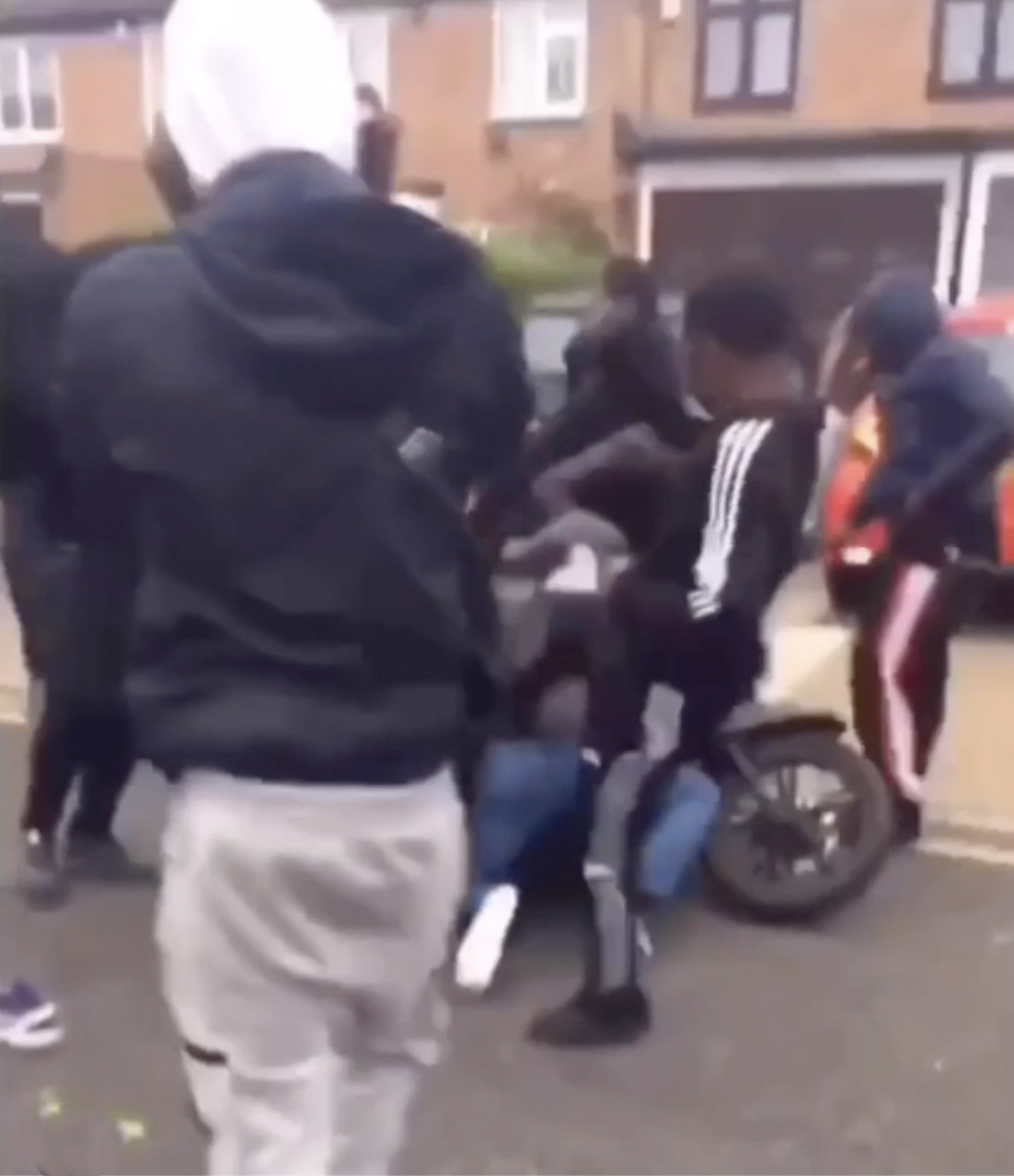 The driver is knocked to the floor before being kicked in the head by the gang. Credit: News Dog Media

More youths kick the delivery rider as he flails on the ground – as one of the youths clambers on to his moped and prepares to ride off with the stolen vehicle. The video then cuts out.

All of this takes place while a crowd of cheering youths watch on, with some even filming the incident.

Since the clip was first shared online on Tuesday 18 June, social media users have condemned the violence of those involved.

One person wrote: “I hope they’re all behind bars. How the f*** you coming for someone minding their own business and trying to make a living.” 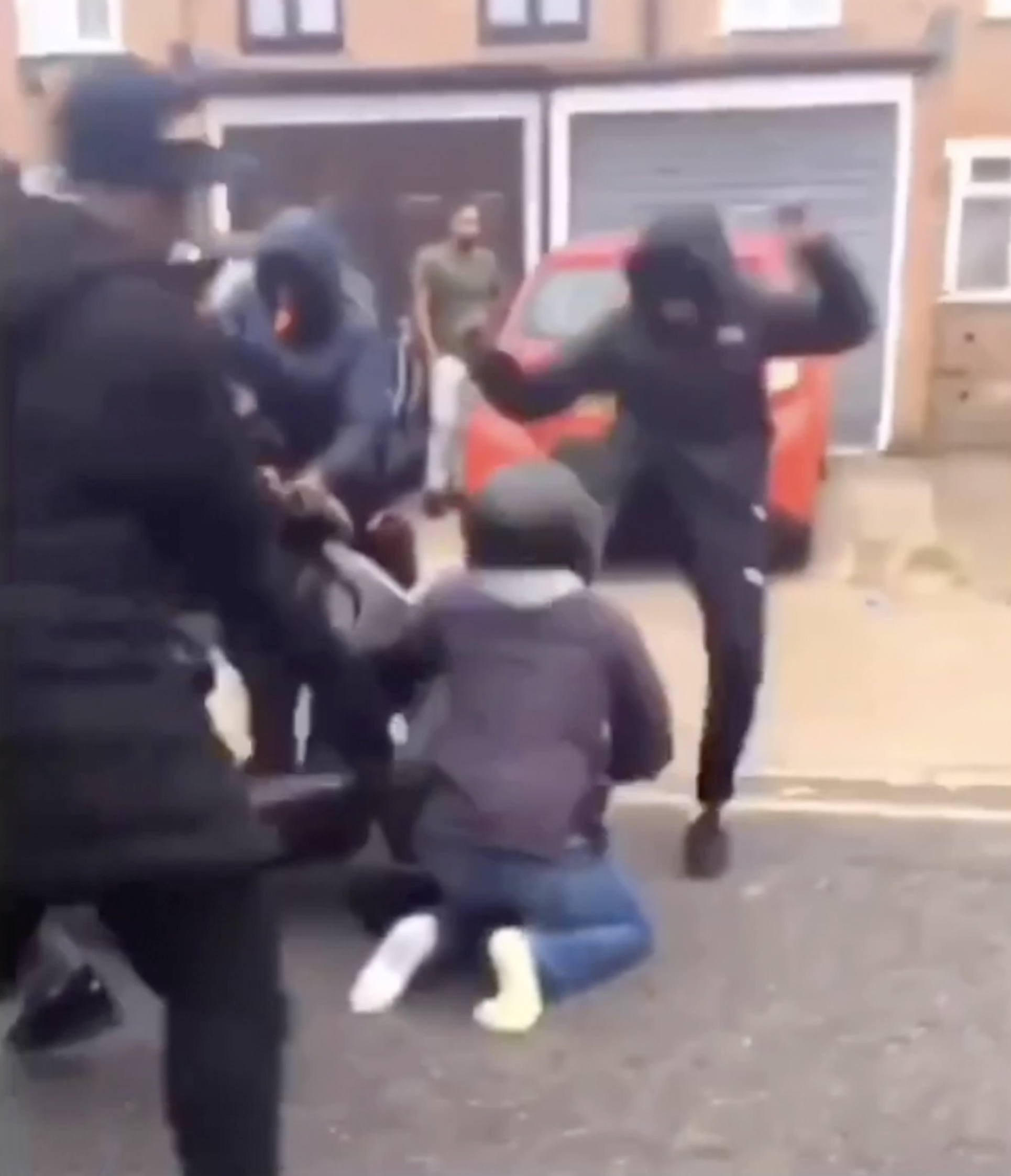 It also looks like the group have taken his shoes. Credit: News Dog Media

Another upset viewer then said: “Scum of the earth mate all cowards on there [sic] own,” while another person called the teens ‘f***ing scum’.

This comes after another moped driver was attacked by a group out youths on a road in East Ham, London.

Speaking to the Newham Recorder, an eyewitness said they were horrified by the attack.

The 31-year-old said: “I just think what [the youths] were doing is absolutely disgusting. Their parents need to be aware of what they’re doing.

“At the end of the day it’s groups like that who are going to take a child away or be taken away themselves.

“The world we live in today is just a joke.”

According to the bystander, the gang were spotted hanging around a local school prior to the attack and even tried to mug a cleaner before targeting the delivery driver.

Cardi B Finished Concert In Bathrobe After Splitting Jump Suit