If you were a kid in the 90s, chances are you collected Pokémon cards. And while it was nothing more than a lighthearted fad that set you back £2.50 per pack, fast forward to 2019 and it turns out your collection could be worth a lot of money.

Take a look on eBay, and you’ll see that some of the rarer cards are literally selling for thousands of pounds.
I knew I shouldn’t have thrown out my shinies. 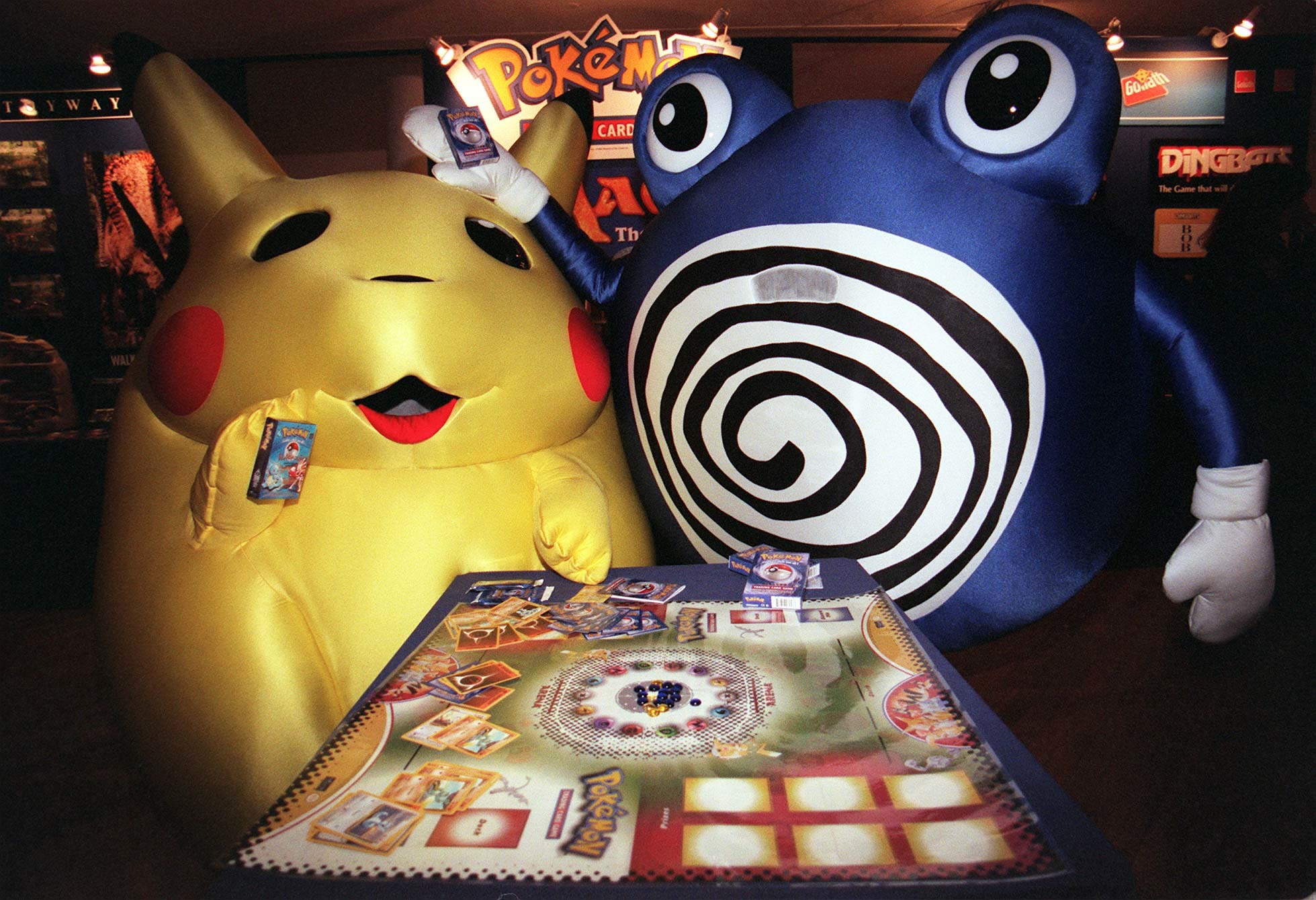 If you aren’t a fool like me and your collection is sat in the loft somewhere collecting dust, it might be time to bring it out of retirement and earn yourself some easy dosh.

But which ones are worth the most? Obviously there’s quite a huge disparity between cards, with the most valuable being the Pikachu Illustrator card, purchased at an auction in the US in 2016 for a whopping £43,450.

Other collectables won’t earn you quite as much, but they’re still going for a pretty penny, reports the Sun.
According to 21st century collectables expert, Tracy Martin, the most sought-after are the ones that came from 1999 to 2000, known as ‘Shadowless’ Pokémon cards.

For instance, the Booster Shadowless Charizard Pokemon Card Holo is a good one to have. Some are listed for hundreds, while others go up to prices of £3,600. Not bad for a card that would’ve set you back 50p.

Then there’s the cutey-pie Clefairy, whose Booster Shadowless Pokémon Card Holo is going for up to £1,250. And the particular pictured listing was described as ‘used’, meaning it could be worth even more if you have it in mint condition. 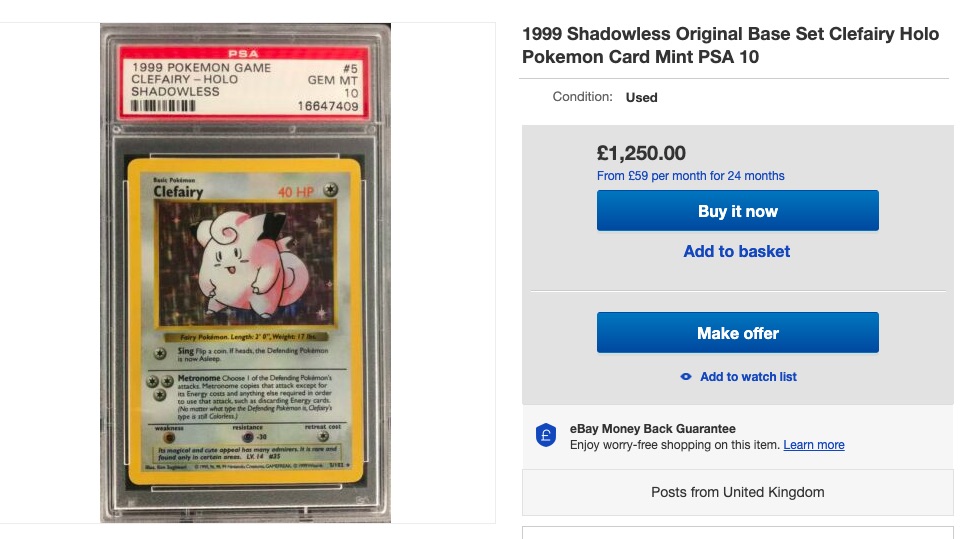 Same goes for Venusaur, whose Booster Shadowless card is also listed for £1,250 and described as ‘used’. A couple of other ads are selling the card for around one hundred quid – it doesn’t sound like much but once you’ve flogged a few it all adds up. 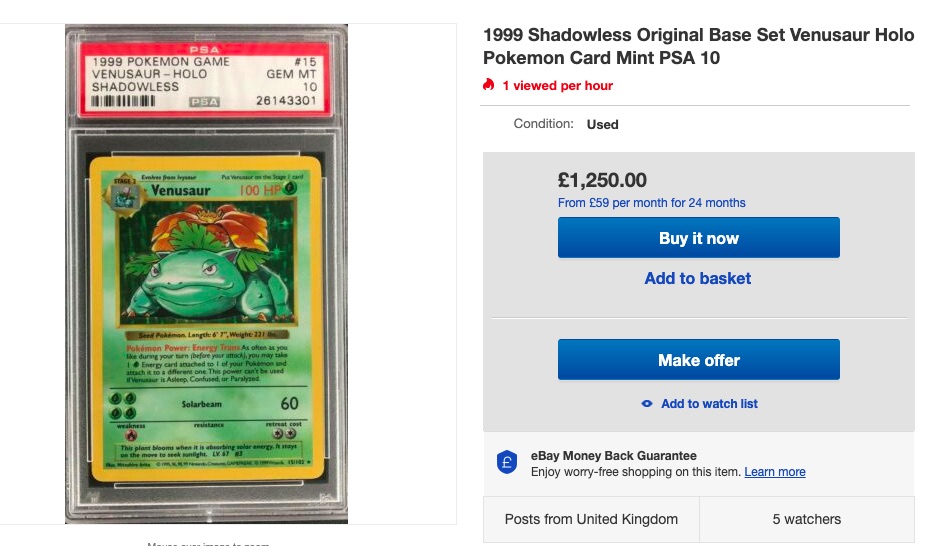 But what about another favourite, Blastoise? He’s still racking up a decent amount, selling online for figures in the region of around £800. That’s the Booster First Edition, though, which are pretty hard to find. 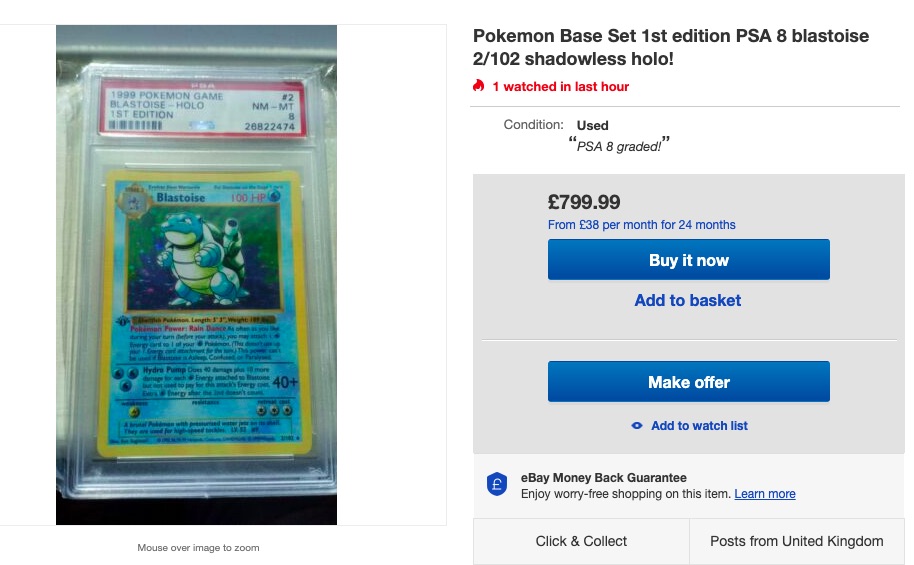 Speaking of which, one of the cards you’re less likely to have in your attic is the 1998 Pokémon Kamex Mega Battle Trophy Card, the one that was given out to participants of the Kamex Mega Battle competition in Japan that ran from July to August in 1998. 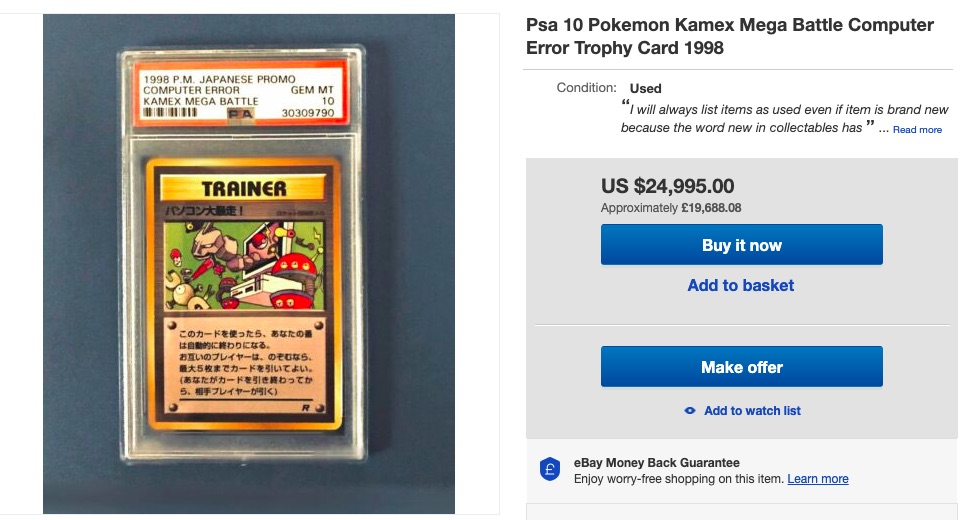 Anyone lucky enough to participate in the event and bag one of these cards is a very rich person indeed, as they’re going on eBay for between seven and 20 grand.

Imagine going to dig one of these bad boys out only to suddenly realised you’d given it away during swapsies with your mate. What a stinger.

Training card aside, if you’ve still got your Pokémon collection, you could be sitting on a mini goldmine. So what are you waiting for? Get those up on eBay ASAP.

Woman Adopts Orphaned Dog From Shelter, Now Watch The Moment He Refuses To Let Go Of Her Hand

8 Signs He’s Happy With Your Performance In Bed