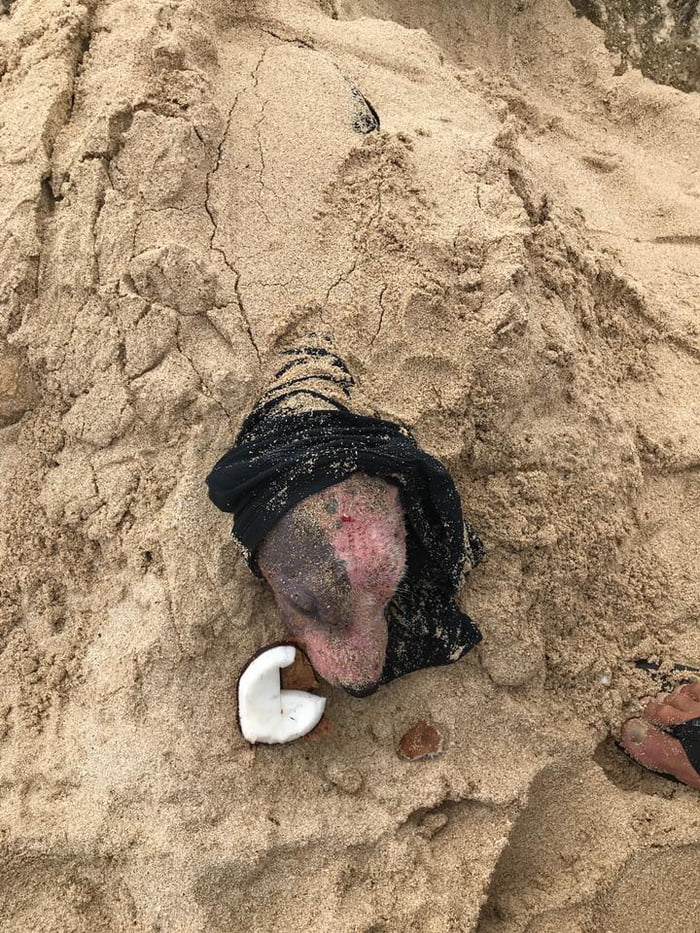 The pup was found by a member of Oahu-based organization Paws of Hawaii after someone armed with a machete, presumed to be the owner, had just buried her beneath the sand on the west side of the island.

The dog, named Leialoha (beloved child), was swollen, sunburned and bleeding from every inch of her body when she was picked up, according to the organization. Her leg had also been cut with the machete.

The organization is asking the community for donations for Leialoha’s recovery. 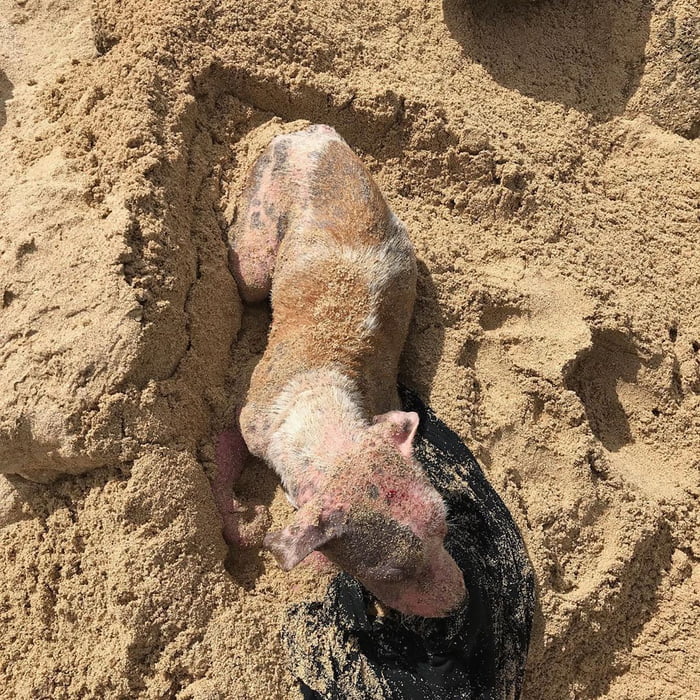 Leialoha was rushed to a veterinary clinic, and caregivers were finally able to give her a bath two days later. 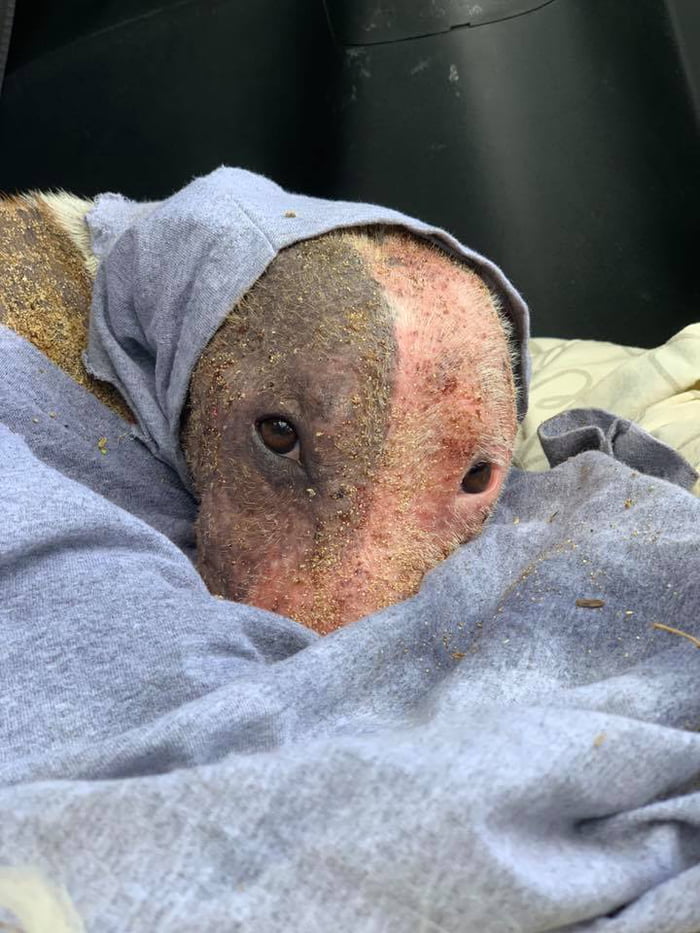 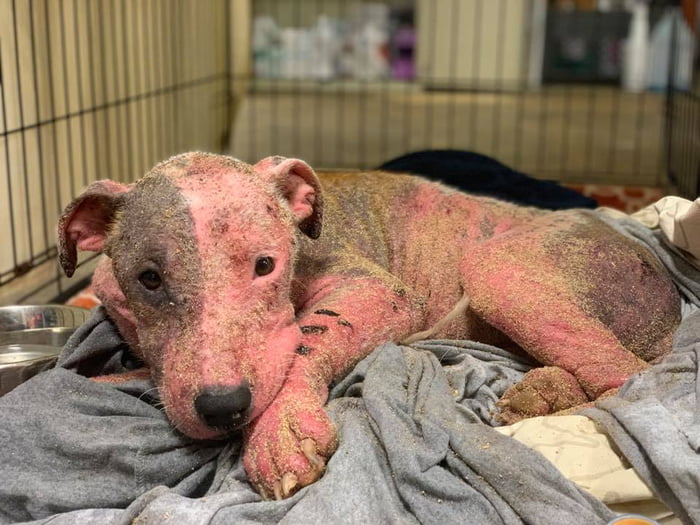 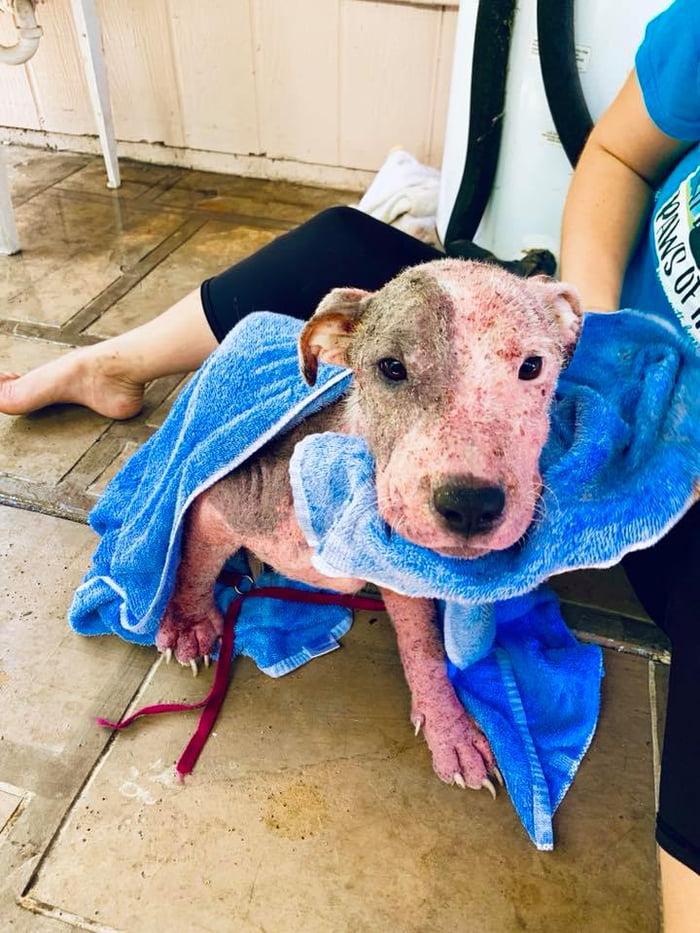 Initially, she would only leave her kennel to go to the bathroom. Last night, she came out, while we had friends over to see what was for dinner and has been liking being under the coffee table. She has a long way to go, but the worst is over. Say aloha to Leia! 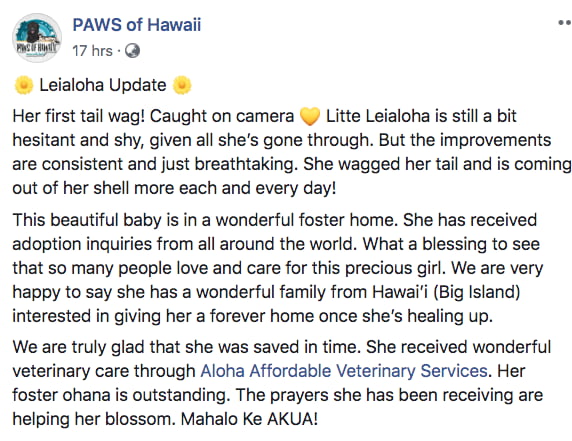 Her rescuers believe the dog’s cuts were freshly inflicted when she was first found, Ku’ulei Durand, the Executive Director of PAWS of Hawaii told KITV 4.

The man who buried her, we were led to believe, had started to cut her. He felt he was ending her suffering by trying to end her life, instead of getting her the help she needed.

It was unclear if a suspect has been identified by police.

This Is Second Love Is Way Better Than First Love

So Many Buns IN Oven