In rather surprising news story coming out of the industrial heart of the United Kingdom. A school boy from the city of Manchester. The thirteen swash buckling Casanova was delighted to learn that his girlfriend who was only 16 was pregnant with the couple’s child.

His mother was also jubilant on the coming of an expected grandchild and said that her son was very mature considering the fact that he was only 13 and she thought he would make a rather decent father. A better father in fact than most people would even at 25 and that she was confident that he was ready for the heavy responsibilities of fatherhood.

Alfie Patten became the youngest dad in the United Kingdom. A country where teen parenthood is not unknown but still the 13 year old has managed to become a pioneer of sorts. 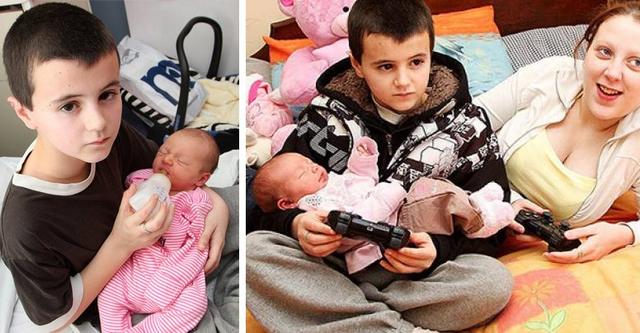 Sadly however, his dream of becoming the youngest dad in the country was eventually dashed when it was learnt that another teen a few years older than himself was the actual father. DNA tests revealed that the real dad was a 15 year old boy who was a mutual friend of both Alfie and his girlfriend.

Tyler Barker and the young girl made the baby during a one night stand when both of them were under the influence of alcohol.

After the revelation that Tyler was the biological father, the 15 year old reacted quite differently than Alfie and rather than being over joyed he panicked and thought that becoming a father at such a young age would be ruinous for his future.

Alfie was left distraught and devastated by the news that he was not the father after all. Chantelle and the baby also moved away with the girl’s family and Alfie would no longer be able to see and meet them.

For the hopeful 13 year old dad however things became worse due to the fact that everyone began to recognize him by face. He also found it very tough to land any job.

Alfie has however moved on from the experience like all of us eventually do the young boy has moved on to greener pastures. Ever since the incident with Chantelle ended, Alfie has not been loveless and has had a couple of relationships. He is not however willing to take the plunge and father a child just yet. He has rather wisely decided to put fatherhood off for now and to delay it for an older age.

Looking back on the incident Alfie he know thinks it was good for him that he was not the father. For although he was initially left devastated when he learnt he was not the father. He now understands that he did not really understand what fatherhood entails and that it was a good thing he has not become a father as he was not really in a position to take on such daunting responsibilitiesThis case is not an isolated one however and teens having children is a real problem across not just the UK but the developed world as a whole. The daughter of Alaska governor Sarah Palin for instance gave birth out of wedlock at the age of 17 even though her mother was and rather strangely continues to be a strong advocate for abstinence. 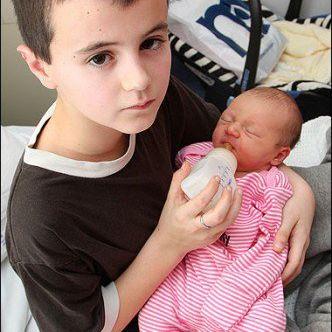 These Are The Things That Men Find Unattractive In A Woman. Watch Out For #11!

Funny Comic Strips Captures The Difference Between Love And Lust